I am not sure he was really a Black Sheep but he certainly was a Gray Sheep. Growing up my cousins, my brother and I would hear about my dad's cousin, know to us as Itchky. I remember the comments about him were always unusual. Perhaps I met him once or twice over the years when, as a child, we would celebrate Rosh Hashanah or other holidays with my dad's side of the family. At some point I recall hearing that Itchky moved to California and while I would hear of him from time to time, I do not think I ever saw him in person again. Fast forward to today and my adventure with genealogy. Going through early family pictures I would recognize him and the memories came streaming back.

Read more »
Posted by marianne.handler@gmail.com at 8:48 PM No comments:

Same Name! I could hardly believe that was one of the #52 Weeks choices for the month of June. That subject has been the bane of my existence since I started to explore my mother's family. My maternal grandfather, Isidore Segall, came to this country from Romania in 1900.  His first S-240 Immigration card provided information that he had crossed into this country in 1900 through Detroit which, I guess, means somehow he had gotten to Windsor, Ontario. He was born in Radauti, Romania but, at some point, moved to Dorohoi. In Dorohoi he developed a strong friendship with a young man in Dorohoi named Isadore Segal. Notice some similarities there, do you?

Read more »
Posted by marianne.handler@gmail.com at 5:09 PM No comments:

A Most Important Cemetery Visit


To the best of my knowledge there is only one Jewish Cemetery in Iasi, Romania. That is the important cemetery in this reflection from the past. I have written before that my father was raised by his Aunt Hana, his mother's sister, and Uncle Aron, her husband. My grandmother, Victoria, became a widow when her youngest child, Itic, was about 4 years old. Itic, my father, was the youngest of five children, four girls and then my father arrived. I wish I knew the whole story, the whys and wherefores, but I do not. My brothers and I have always assumed that she could not afford to care for all five children. Apparently Hana Gall and her husband, Aron, could not have children and so Itic went to live with them. And he lived with them until he was 15 years old, through all those formative years, they were his parents in most ways. We are sure he saw his mother at times over those years but we have no idea how often. We do know that the Galls were much loved figures in his life.

Read more »
Posted by marianne.handler@gmail.com at 10:20 PM No comments:

The OId Homestead Is Not So Old

The suggested topic for the last week in March for #52Ancestors was The Old Homestead. My mind envisioned the shtetls of Europe or a farm or a ranch some where with lots of land or, even perhaps, a beautiful southern mansion. I knew that I might have had family living in a shtetl but, if so, I knew nothing about it. I knew names of towns in Romania in which they lived but nothing about HOW they lived.To the best of my knowledge none had lived on a farm, a ranch or in a mansion. Then I had a sudden realization. A new definition  for the homestead occurred to me. An Old Homestead was a place a family had lived for many years and many lifelong memories were built around life in that one place. the kind of memories one shares with their children, grandchildren and great-grandchildren, the kinds of experiences not available in today’s world, for the most part.That idea made it possible for me to have An Old Homestead. It was the apartment I lived in from the time I was three until I was married!

Read more »
Posted by marianne.handler@gmail.com at 1:10 PM No comments:

Luck in the Form of an Unexpected Phone Call

In December, 1953 I was married. It was a lovely wedding. Of course, the young bride was only  interested in her friends and a fun time. She was not interested in her father's relatives who had come from Philadelphia to be at the wedding. She really did not even know how they were related. I am sure she was polite and met them and thanked them for coming. The wedding was over and many years passed by.  Since that wedding much time has passed, bringing with it many changes. The bride and groom were divorced thirteen years later. The father and the mother of the bride passed away. Life went on for all others. The bride remarried, began a new life and had a fulfilling career and retired. Retirement did not sit well and a lucky phone call brought a new interest and excitement into her life.
Read more »
Posted by marianne.handler@gmail.com at 6:20 PM 1 comment: 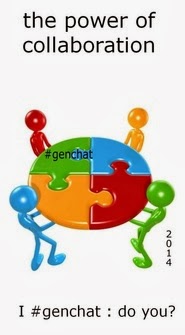